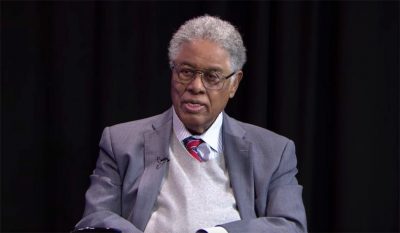 What Does Intertemporal Abstractions Mean

The term intertemporal abstractions was coined by Thomas Sowell. I first heard the term in his book Black Rednecks and White Liberals. Sowell summarized it best in his interview with The Spectator, as follows:

I use the term “intertemporal abstractions” by which I mean abstractions going back over the centuries. For example, prior to World War I, Germans living in what would become Czechoslovakia were better off than the Czechs and had been for centuries. When Czechoslovakia was carved out of the Hapsburg Empire after World War I, one of the things Czech officials, supported by Czech intellectuals, set out to do was correct the injustices of the 17th century. Of course, nobody from the 17th century was alive. But only if you think of Czechs and Germans as part of some intertemporal abstraction does such a goal have any meaning much less justification. And when you realize how hard it is for contemporaries to get along, the thought that you are going to redress the wrongs of past centuries is staggering. Ultimately, what buying into that means is that a baby born into the world comes with pre-packaged grievances against another baby born the same day. You’re setting them up for all kinds of strife to correct things they have no capacity to correct. The 17th century is going to remain what it was for all time. At the same time you can set in motion a series of polarizations which in the case of Czechoslovakia brought tragedy to both the Germans and the Czechs.

In essence, intertemporal abstractions are ideas and concepts that span over centuries. This is common when talking about reparations, where injustices of one generation carry over and becomes the burden of another generation (rightly or wrongly). Victimhood or injustices of current black or indigenous people suffered at the hands of the colonies is an example of intertemporal abstractions.

Black Rednecks and White Liberals is a really good book and was an eye-opener for me. It is a book with a lot of depth and breathe but you can definitely consume it via audiobook because there are so many nuggets of knowledge in there that can stand by itself without you having to intently listen the whole time.